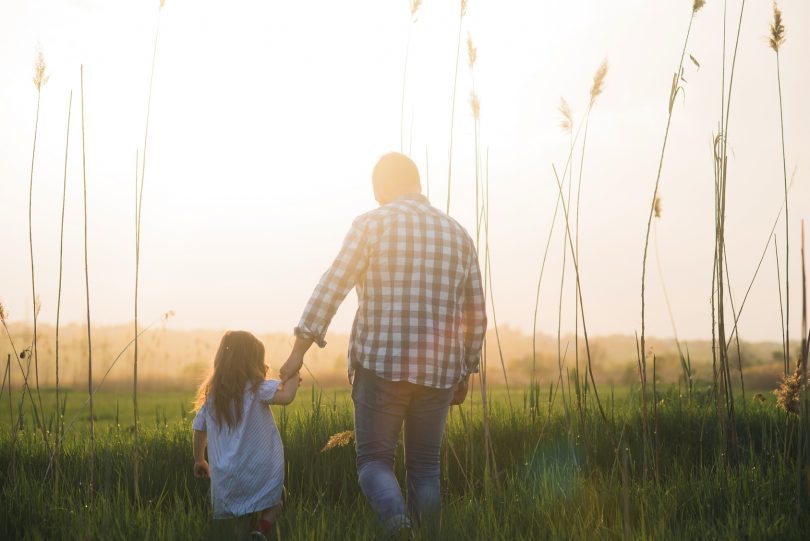 Growing up, I really only saw my own dad in the position of ‘father’. We knew no one outside the immediate family.

There were many reasons, but he never got to be the dad I imagine he could have been, and even wanted to be. There were good times, though.

I remember being a little girl. He would come home from work and play ‘Bear’ with us. That meant being on all fours on the floor with us squealing to get away from him while he growled and crawled after us.

He would do things like take us to Guilford Lake to fish when he was allowed. One year he put a ton of work into building us a heavy duty, huge wooden swing set with a climbing rope, 4 swings, and a sandbox. He taught me to drive and was often the passenger who got drug around to my work and then trade school the year I went.

Dad told a few stories about his time as a POW during WWII. He was captured by the Germans (thankfully not the Japanese) and it was over the winter so they were cold and hungry a lot. One time he found a whole onion and said it felt like he had struck it rich. After liberation, back in America, he found out that the nutritional value of an onion was basically nothing. He would tell that story with much laugher and a tear in his eye.

I remember him, on one of our many trips to and from places, warning me to make sure I found the right one so I never have to get a divorce. In his experience it was so bad for everyone involved. He was 62 years old when I was born, and 70 when my youngest sibling was born. In all, he had 6 daughters and 2 sons.

There were many areas of his life that are still a mystery. Situations even he allowed to happen had kept silence between us for over 7 years. 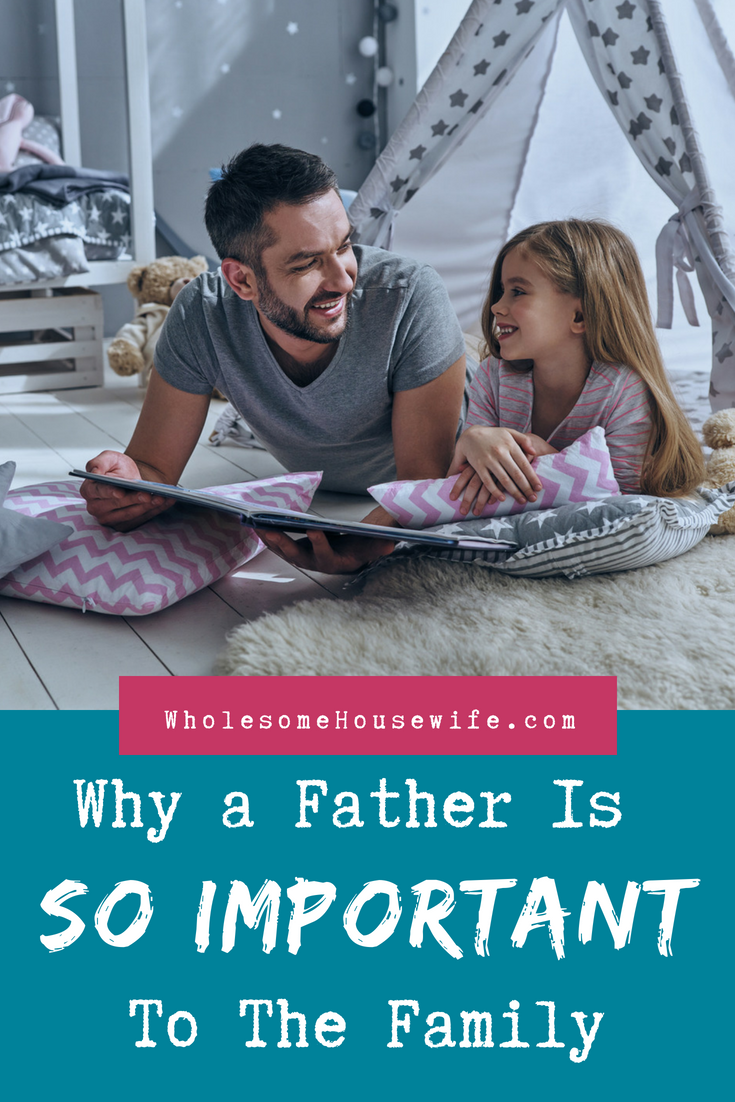 Father to the Fatherless

God has still been good to me. I know that just as He promised, He will be my Father.

Hosea 14:3
…For the fatherless receives compassion in You.

And He has put many involved, godly fathers in my life. I’ve been blessed to see my father in law, men from our church, my dear husband and most recently, relatives I never even knew existed, in action. I’ve been pleasantly surprised by many of their wonderful traits, and am so thankful for the chance to be blessed by them and their wisdom.

Things I’ve noticed about the fathers in my life:

#1 – A Father would do anything for those they love

Hubby has spent the last almost 7 years of our marriage working hard to support us and our babies. He is gone 50+ hours for work, has a ton of responsibilities at our church, and every available night and the weekend he spends on our fixer upper. He never fails to (try to) encourage me, or will drop everything go to the grocery store because there’s only one thing in the world that sounds edible. (During both 1st-2nd trimesters!) I can’t even imagine how he has the energy every day to keep going, but he never fails to keep doing it for us.

Hubby’s dad would give his arm and leg and probably an important organ to make sure his kids, their spouses and grandkids were safe. I can’t even begin to number all the times he’s come rescue one of us – either from house disasters like plumbing issues that meant no toilet until fixed, cars falling apart at a stop sign (the front end of our Bonneville – it was not one of our nice ones), and he wouldn’t hesitate to go with us in confronting situations from my past. He also has lamented the non-addition of my family to his, and would welcome any one of them with open arms (and a sarcastic comment). 😉

Our buddy, John, from church is a lot like my father-in-law. Sarcastic, loves to pick on you about anything and everything, is always laughing/smiling, and would give anything for his family. His family includes everyone he cares about. Our babies light up to see him and always reach out for him. He has spent many hours helping us pack up and move, and has been a frequent companion to Hubby during almost all of the heavy-duty house projects. 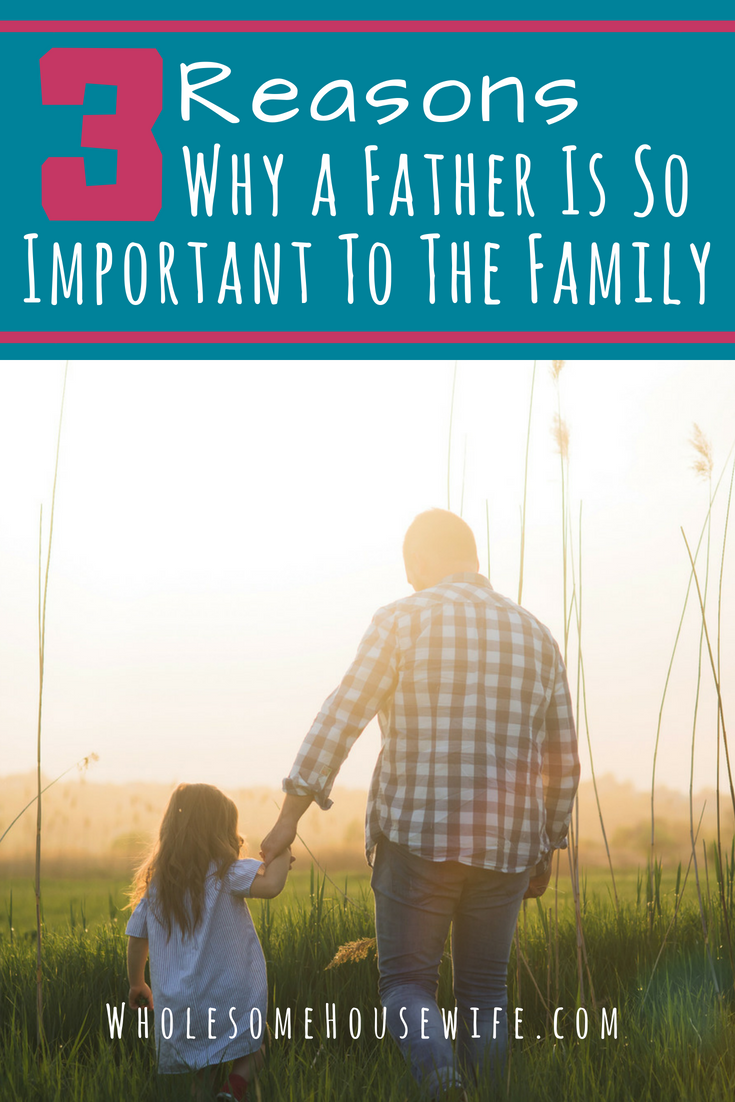 #2 – A Father has unmatched, often unappreciated, intellect and experience

My husband can fix anything. Literally.

The list goes on and on. 😛 If he doesn’t have the knowledge already stored away, he researches and figures it out. We have saved untold amounts of money. I didn’t even include building kitchen cabinets, carpentry, woodworking. He welded the bottom of his Bonneville back together with the help of a friend and it lasted YEARS.

That’s the very short list of what he can do.

Hubby never ceases to amaze me. He’s also super talented at knowing when something is bothering me, making me smile even when I don’t want to and taking care of me through health problems, pregnancy, childbirth and postpartum. He is the reason I am as sane as I am today ( 😉 ), and was my biggest fan and supporter through the worst time in my life. He can also get our son to sleep better than I can, after almost the entire first year of not even doing it.

Our 2 year old and 1 year old adore the active game he made up to play with them. They anxiously wait for him to get home after long days at work and excitedly run down the stairs to open the door for him. He has a strong desire to teach our son and daughter how to work hard, and he is a great teacher. I can’t imagine life without his awesomeness and I’m so thankful he is their Daddy!

Dad (Hubby’s) is on speed dial for when something house or car related is urgent and Hubby isn’t sure about it. I love having that dependable (albeit nutty) influence in our life. He can fix anything to do with a lawn mower, rebuilds John Deere’s, flips houses and has a lot of the same skills as hubby. He spent many, many, many (read: countless) hours in the barn with my hubby when he was growing up, teaching him about engine repair and working with his hands.

#3 – A Father has feelings too

Even though it’s often like pulling cemented posts out of the ground with your bare hands to get them to show. 😛

Hubby says he has a feeling. As in, a singular one.

In other words, unlike the rest of the population that has feelings, he has one.

I have never doubted that revelation.

He is so level-headed and even keel, it’s like seeing a ghost to see him down, upset, angry or hurt. Even in the face of stressful situations, he handles them with grace and, often, a smile or full-belly laugh. Especially if his dad is involved. 😉 I can always count on him to see the good, and he’s the first to be excited about possibilities.

Dad and John alike, are sarcastic to a fault and love to poke fun and laugh. However, they have soft, nougat-y centers. 😉 Dad is the first to call or text incessantly and/or arrive at your house to make sure everything is ok, and he is quicker to give you a hug than some of the women in my life. Same for John. They fiercely defend their loved ones and would never do anything they knew could cause you (real) trouble.

These are only a few of the many things these fathers are to me in my life. 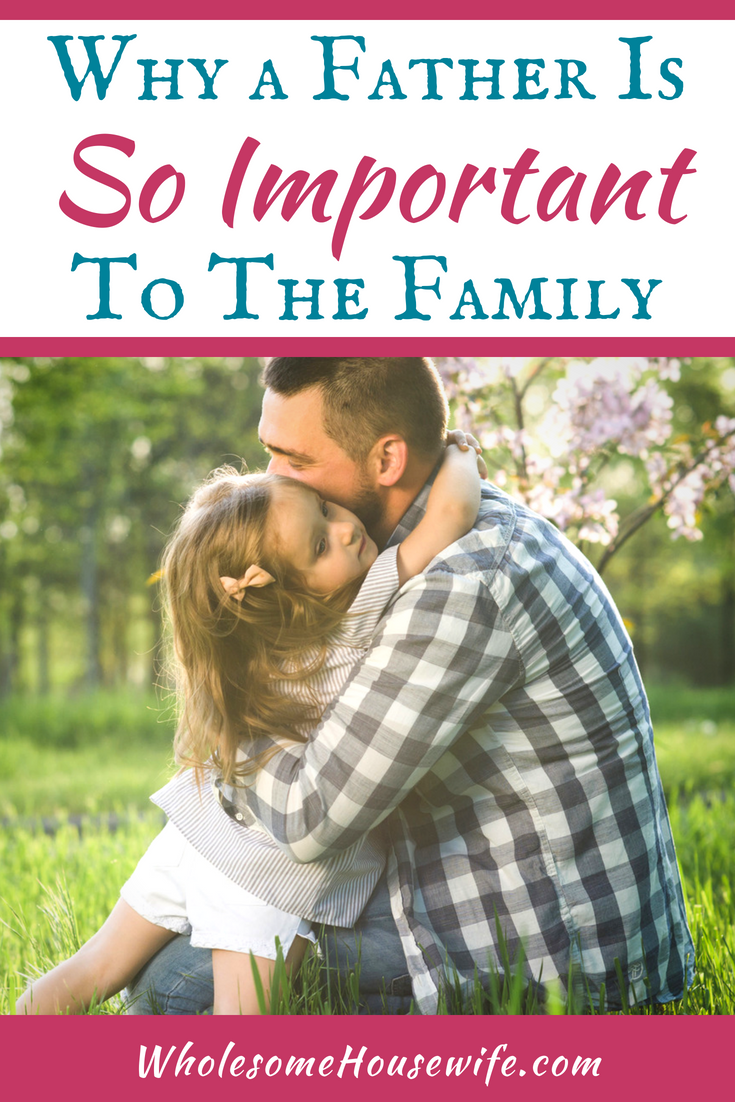 I have never been so thankful for caring, competent, loving, strong men who are many of the things God designed a man to be. I know it’s easy to see the faults and misgivings in our men, in fact I wrote a whole post about it. 😉 But let me encourage you to take some time to find the good things!

Even if yours aren’t as talented and handy as mine 😉 FIND THE GOOD. I promise, there are so many good things about them!

And then, *drum roll* TELL THEM.

If they are super against mushy stuff, make sure to make it extra drippy and sappy. It might do those good ole’ boys some good to have a taste of their own medicine. 😉

In other words, love on, appreciate and respect the fathers in your life! Not just on Father’s Day!

How do you show the fathers in your life just how important they are to you?