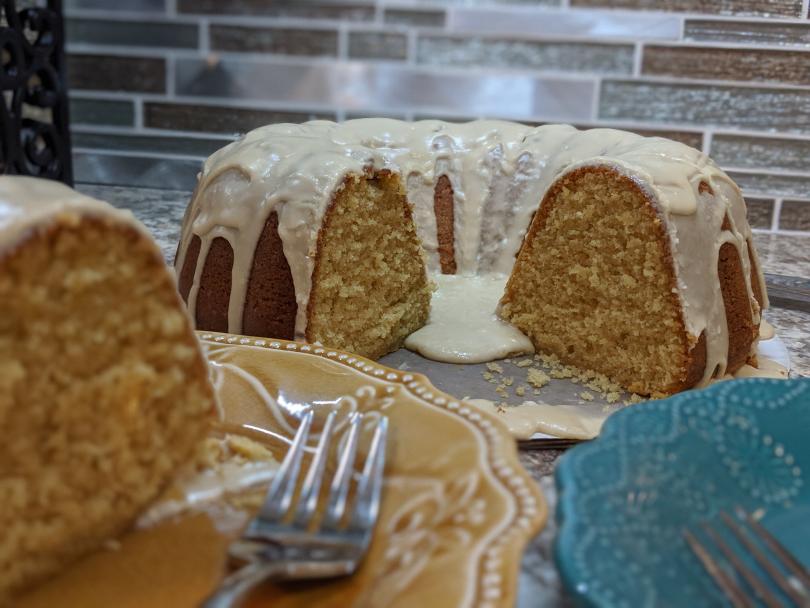 I have a love/hate relationship with cake. 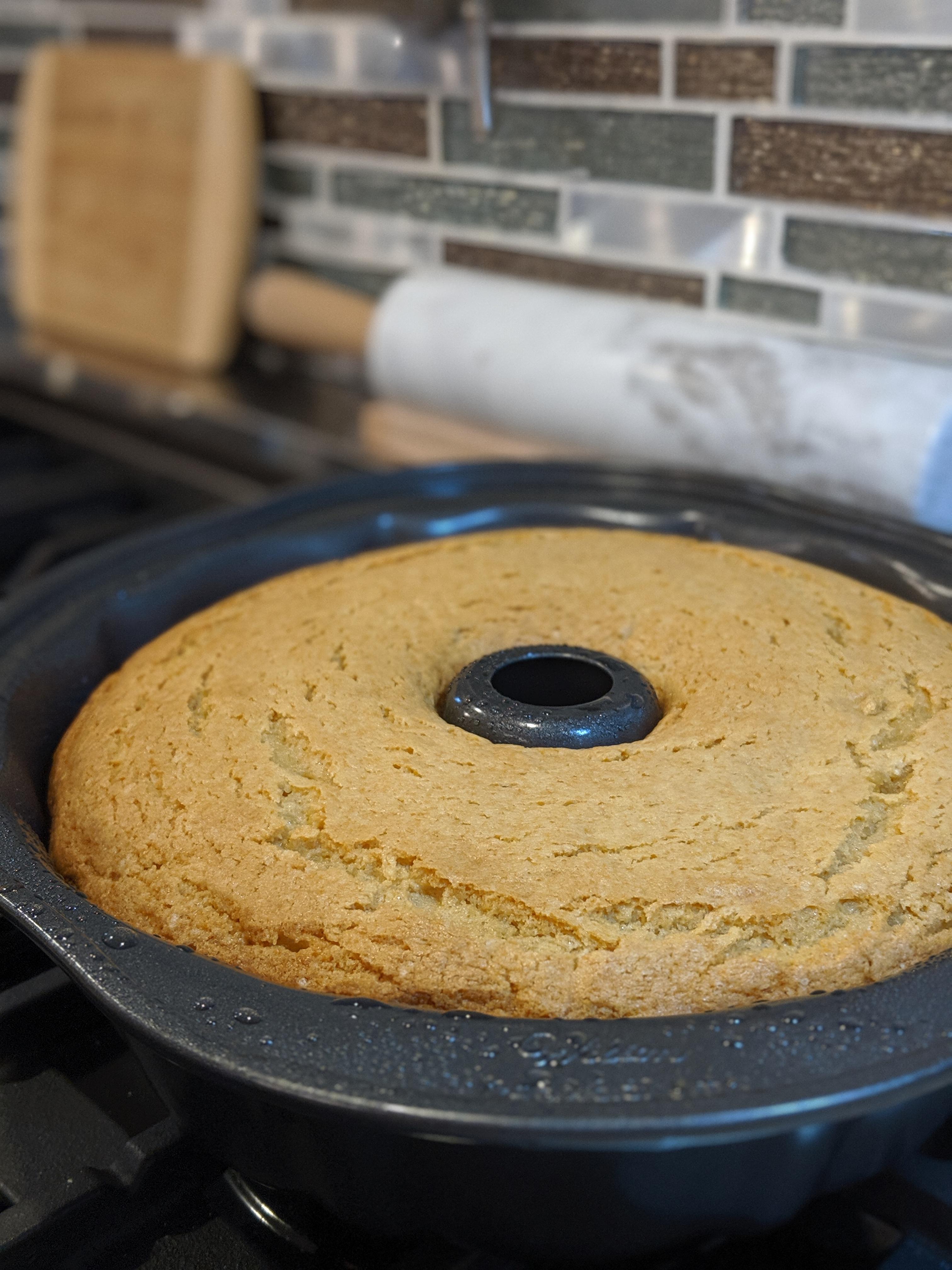 When I was 18, I worked as a server at a golf club in their ‘tea room’ during the week and on the weekends for weddings. One of those Saturday wedding nights, some baker made a carrot cake for the wedding cake.

Now, maybe you’re thinking of a carrot cake that’s loaded with soggy pineapple, huge chunks of flavorless nuts, thick pieces of hard carrots with a tiny bit of spice cake around it.

It had a soft, fluffy, moist texture.

The blend of spices was perfection – not too strong, not too weak.

Everything about the cake screamed, “I’m not a box mix!”. You could eat it plain and never for a moment miss the frosting. Yet there was the most perfectly amazing cream cheese frosting on top.

It might’ve been that I was on my feet for 8+ hours without a bite to eat and I was feeling faint. Or the fact that it was stupid hot and my thick, scratchy uniform dress made me feel like death.

But when that fork full of deliciousness hit my mouth, I thought I died and went to heaven.

I know that’s really cliche, but seriously – it was the best. cake. ever.

That cake was what opened my eyes to the potential of a cake made from scratch. Up until that point, I had only ever had cake mixes (or extremely generic grocery store birthday cakes), and, after that first bite, I knew there was no such mix.

The end of September 2017, we went camping in the Southern Tier of New York for our anniversary.

One of our last nights there we went to a restaurant named Sprague’s. They had a Maple Cake on the dessert menu. Hmmm, I thought, I’ve never had that before, and it’s our anniversary so why not. So we got one slice and made it to go since the kids were fussy.

That night, Hubby and I shared it in the dark of my in-laws camper while the littles slept – and thought we died and went to heaven.

Now, don’t think I just like cake. This was literally only the second time that’s ever happened to me. 😛 And there was like a 12+ year span in between them.

The next day I called Sprague’s and asked who the amazing baker was. It was a lady who owned a small shop in Portville, called Kick’n Bundts.

I found and messaged her on Facebook. We added 50 minutes to our trip home by driving the opposite direction to buy a Maple Cake (and a bunch of minis) from her.

It was just as amazing. We made plans to go back the next year and buy TWO. 😛

But alas, the next year she was gone. *sob* No bakery, no facebook, no website, no social media, no more Maple Cake.

I still look for her off and on. 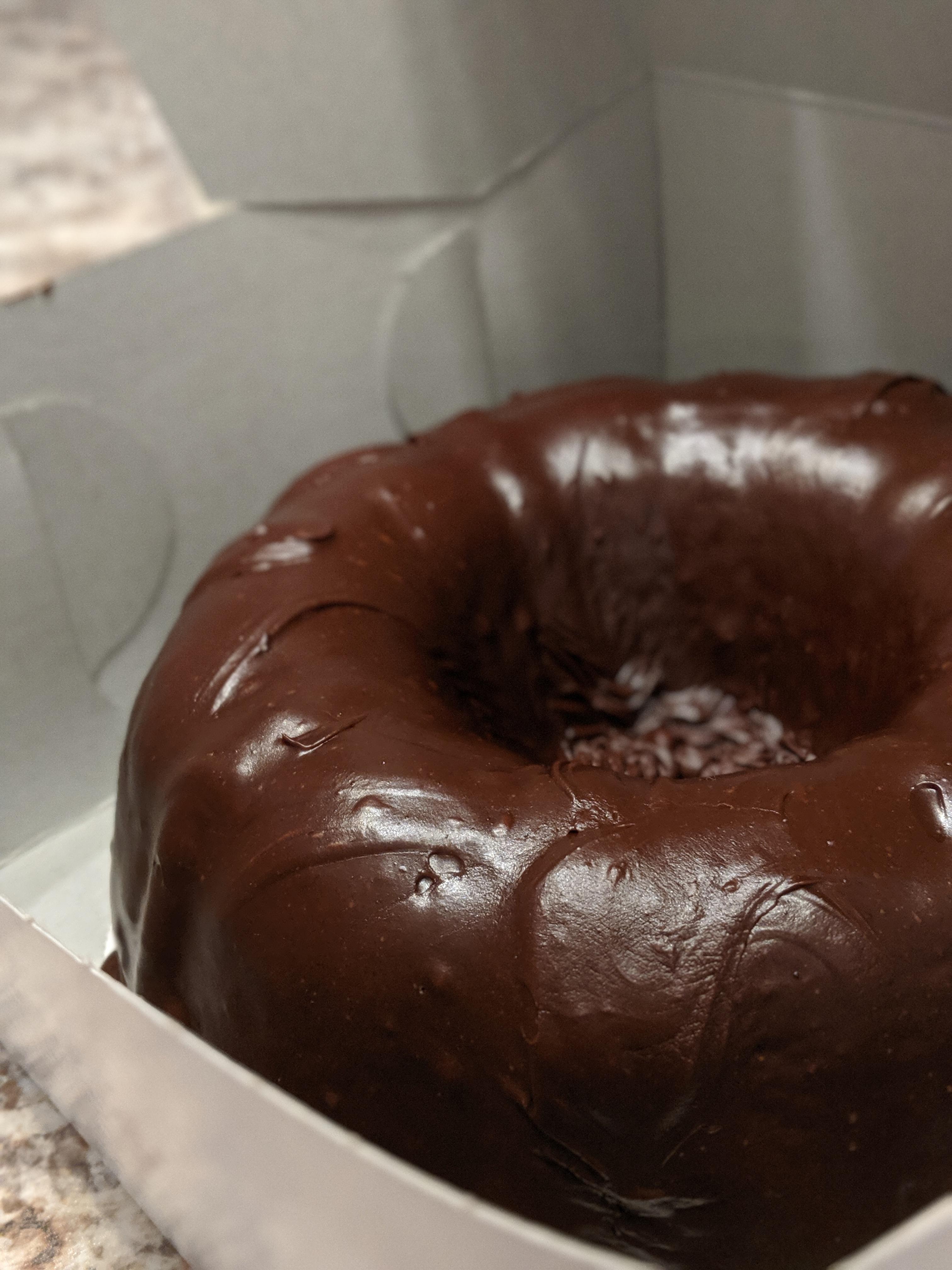 How My Baking Came To Be

Back in probably 2012-2013, when we were newly married, someone at hubby’s work got wind that I bake.

I ended up making up a quick brochure of some of my desserts, and let hubby take it in. I had hundred’s of dollars in orders to get ready for Thanksgiving and even more for Christmas. The next year was the same.

Fast forward a couple years, hubby changed jobs. Someone there got wind that I bake. (I would send special treats in with him sometimes, so I think that’s what did it). Suddenly orders were rolling in for cakes, cookies, pies and cinnamon rolls.

I was so overwhelmed by orders. I was up until 4am many nights in a row trying to get them all completed on time.

It was at that point I thought, after I get some sleep, maybe I could do something with this.

So I looked into selling to restaurants. I already had a NYS home food processor approval, so I went ahead and got my DBA. I contacted restaurants and brought samples in to the ones interested. I learned so much about the worth of my products from owners and chefs willing to give me a chance. 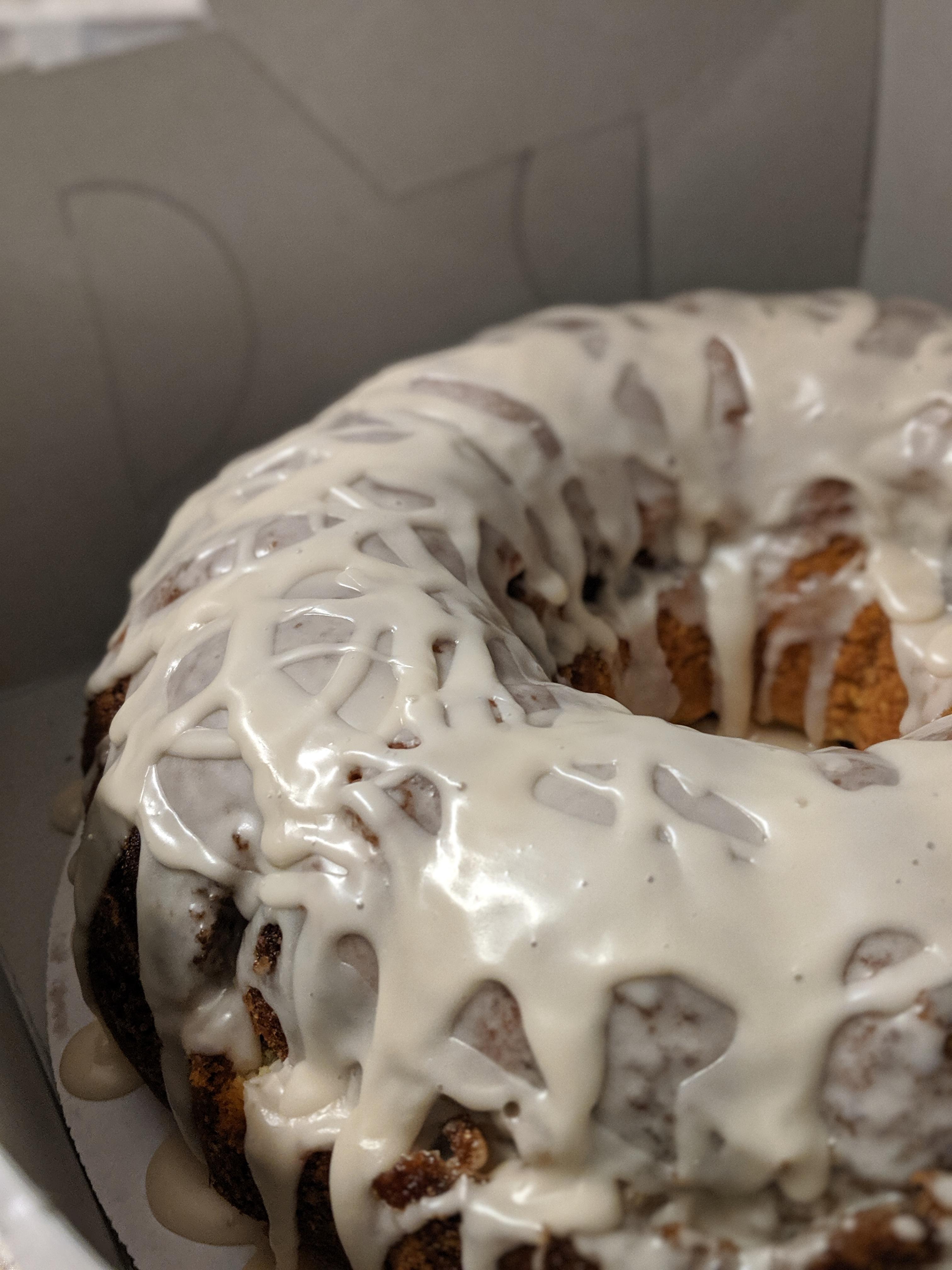 Then life got crazy. We were finishing our second fixer, while also remodeling our first house (that was a 2 family) in order to sell it, WHILE I had a 1 year old and was pregnant with Baby #2. It became too much, and I couldn’t keep baking. Then in 2018, Hubby changed jobs and we moved 2 hours away to our THIRD fixer.

How My Cakes Came To Be

Fast forward to September 2019: we’re at the tail end of the massive, whole-house renovation on fixer #3. I spent 4 long, hard months without a kitchen, without a way to bake. Now I have a brand new gorgeous antique-white kitchen with a 36 inch rangetop, double ovens, a huge peninsula and island.

In other words, I am ready to bake. 😉

I also have a new home processor approval from NYS Ag & Markets, and my DBA is registered with our new county.

We are so excited to pursue a business relationship with local restaurants again, with the possibility of also selling to the public depending on interest. We can’t wait to see where God is going to take this dream. 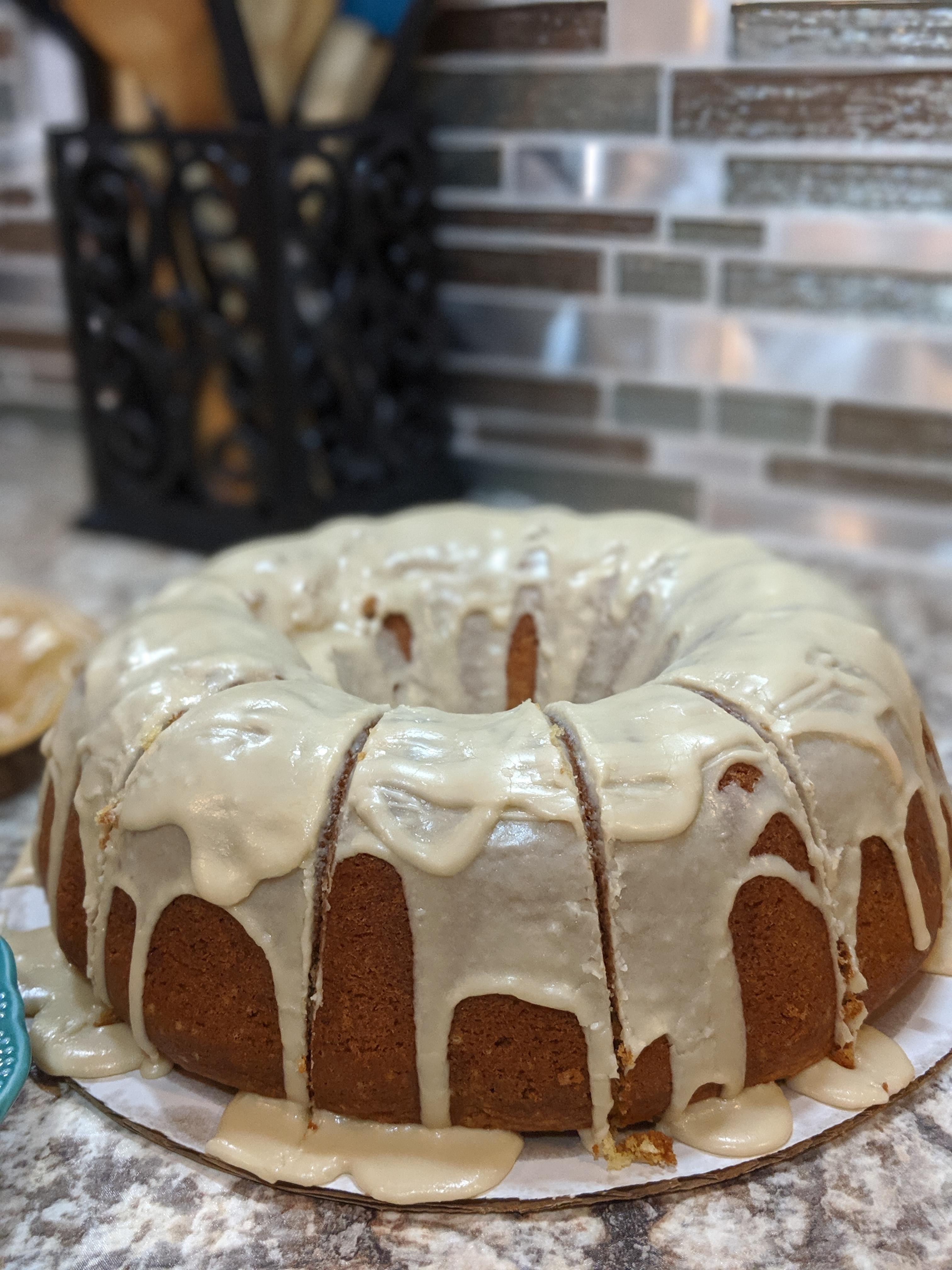 When I was originally selling cakes to restaurants, 5 years ago or so, I had several that were ‘from scratch’, but the majority were doctored up cake mixes.

This time around, after the years we’ve spent learning about what’s in our food and environment, I was very convicted to revamp my recipes to be food I would feed my family and would myself eat.

That means for the most part they are completely made from-scratch with organic ingredients so that I know EXACTLY what is in my products. Each ingredient down to the very smallest (i.e. baking powder) is at least certified non-GMO.

I know not everyone is convicted in this way, but after my experience with pesticide poisoning and the health affects I have to this day from it, this is something we feel strongly about.

My prices are comparable to what you would find coming from a conventional bakery that uses very cheap ingredients (i.e. giant buckets of hydrogenated shortening, conventional white flour and sugar, margarine instead of butter).

Because I source each ingredient carefully to a much higher standard, my costs are much higher. That’s something we accept, knowing we can feel good about the integrity of our products. 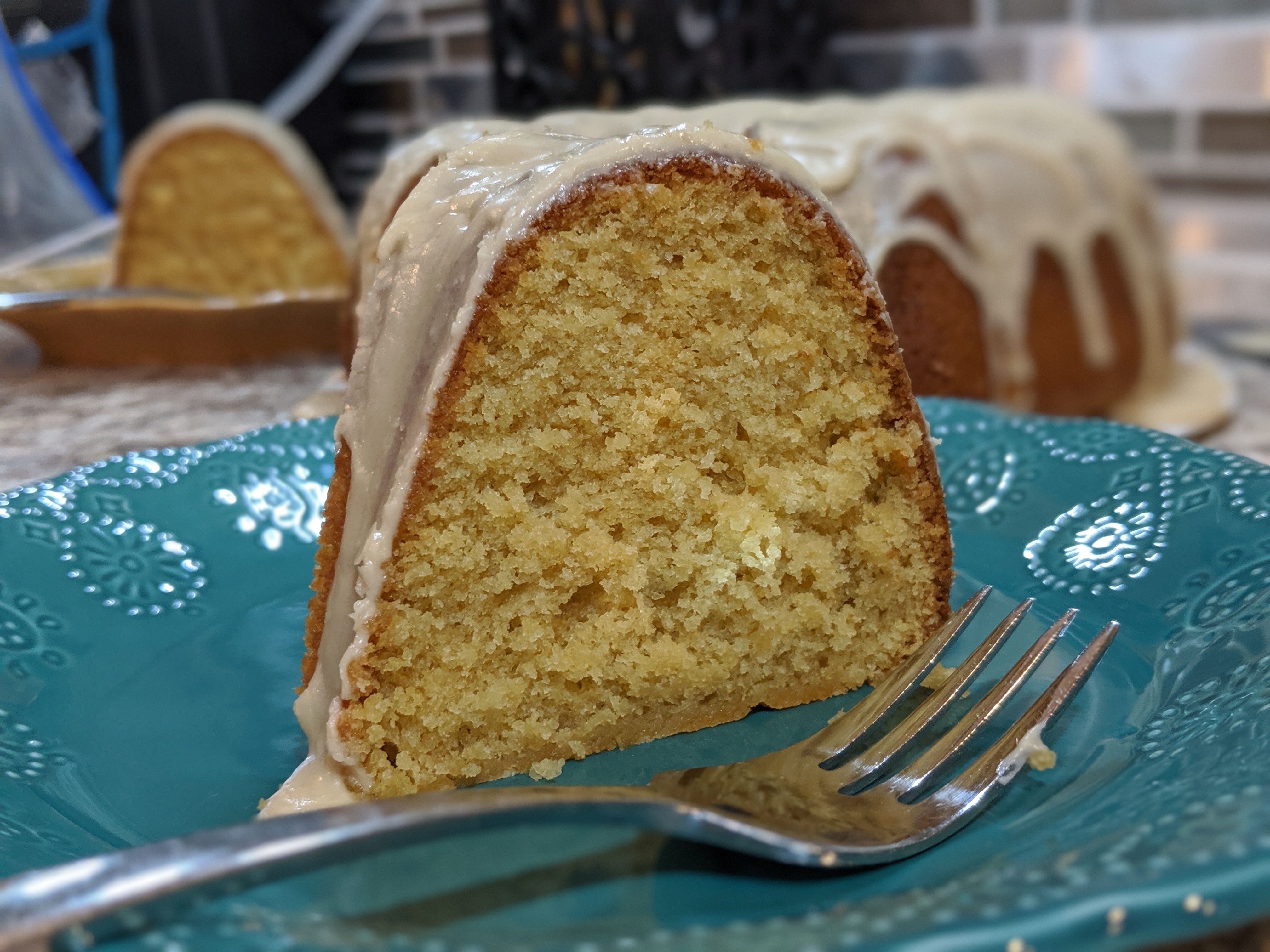 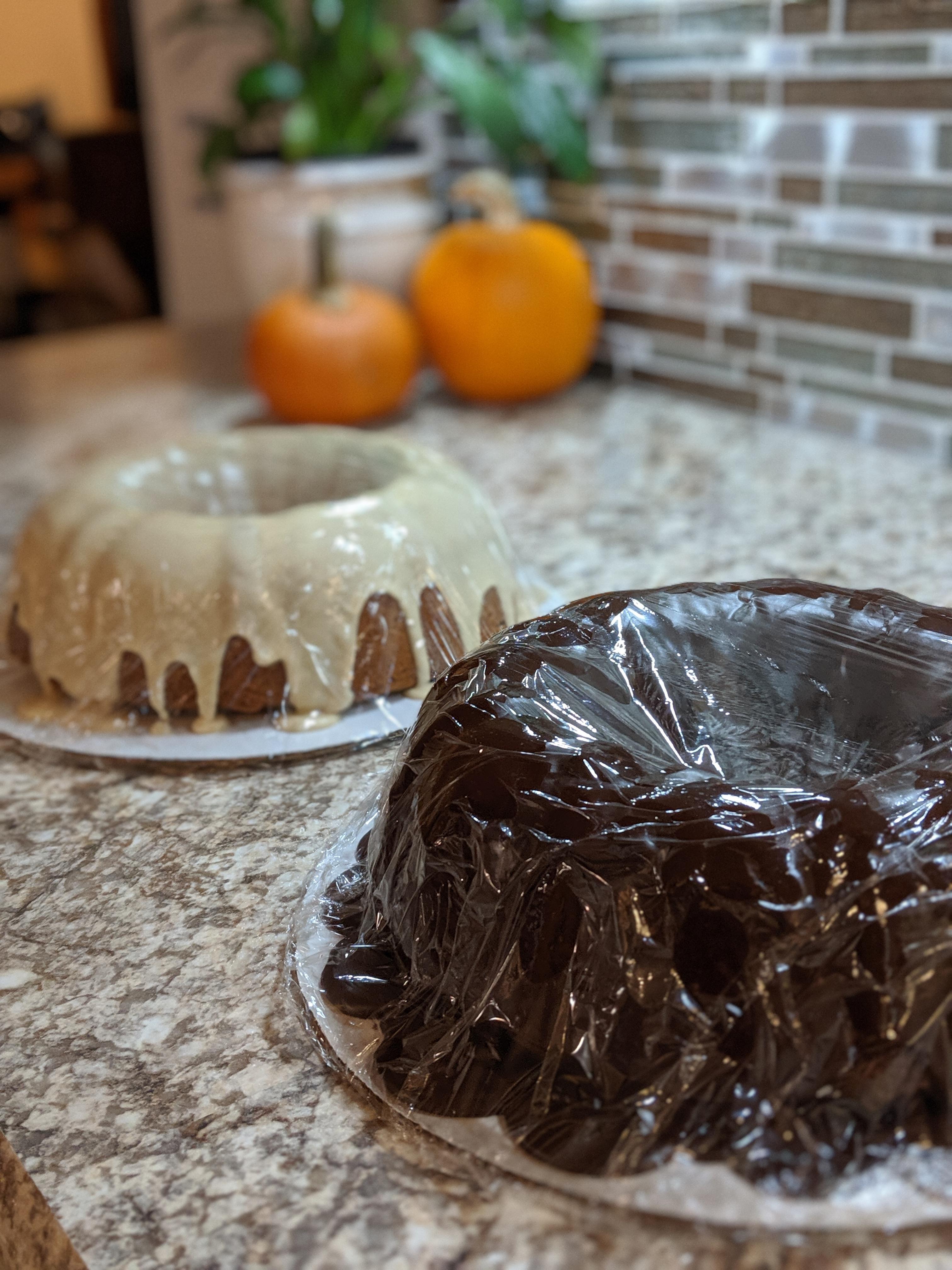 How I Sell to the Public

NYS Ag & Markets regulates what I can sell.

In other words, don’t ask me for a cheesecake or meringue pie. 😉

If you are an individual or restaurant interested in ordering, feel free to email me here and we can go over everything.

Otherwise, thanks for reading and have a blessed day!